edmundkemperstories.com - The Chronicles of Evil Interview with Christine Falco 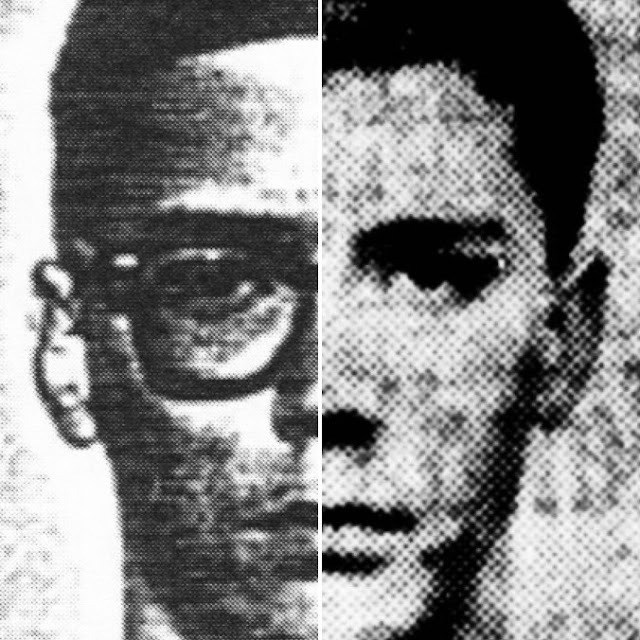 "If I were to see this patient without having any history available or getting any history from him, I would think that we're dealing with a very well adjusted young man who had initiative, intelligence and who was free of any psychiatric illnesses ... It is my opinion that he has made a very excellent response to the years of treatment and rehabilitation and I would see no psychiatric reason to consider him to be of any danger to himself or to any member of society ... [and] since it may allow him more freedom as an adult to develop his potential, I would consider it reasonable to have a permanent expunction of his juvenile records."
Christine Falco and edmundkemperstories.com - Chronicling Edmund Kemper's Murderous Life
By Scott Stick - Scott Stick Productions and Chronicles of Evil
Not everyone can (or would even want to) spend their time examining, in minute detail, the life story of an infamous serial murderer. Christine Falco, webmaster of edmundkemperstories.com, is however, doing just that - curating a fascinating collection of rarely seen documents, pictures, videos and stories, which serve to take visitors on a deep dive into the world of Edmund Kemper, also known as the "Coed Killer", a serial murder, rapist and necrophiliac who is currently serving eight concurrent life sentences, at the California Medical Facility in Vacaville, California.
Falco, an award-winning documentary film producer based in Quebec, Montreal, Canada, says her interest in Kemper began after reading the book, The Co-ed Killer, by Margaret Cheney, published in 1976. With the release of the Netflix series, Mindhunter, in 2017, Falco's interest was reignited, leading her to create edmundkemperstories.com, to chronicle her research into the story of Edmund Kemper.
Edmund Emil Kemper III - The "Coed Killer"
Born December 18th, 1948, in Burbank, California, Edmund Emil Kemper III lived a troubled life from an early age. His parents fought constantly, and Kemper soon began to show signs of antisocial and violent behavior, including extreme cruelty to animals. As a boy, Kemper became fascinated with death, making up games such as "Gas Chamber" or "Electric Chair" which involved him being restrained and then pretending to die.
In 1957, his parents divorced and young Edmund was forced to move with his mother, Clarnell, to Montana. Clarnell, a neurotic and alcoholic, would constantly abuse her son verbally, and took to locking him in the basement of their home at night, complaining that he was a threat to her and to her daughters, Ed's sisters.
Ed decided to leave Montana and at age 14, travelled back to Southern California in an attempt to live with his father, who had since remarried. However, this arrangement did not work and Ed was sent to live with his grandparents in rural North Fork, California. Submitted to more verbal abuse at the hands of his grandmother, Ed murdered both his grandparents, stating that he "just wanted to see what it felt like to kill Grandma" and that he killed his grandfather in order to save him from discovering what Ed had done.
Kemper was subsequently apprehended and sent to California's Atascadero State Hospital, a maximum security facility for the criminally insane.
Judged at one point to be suffering from paranoid schizophrenia, Kemper proved to be no average inmate. He somehow was able to persuade doctors within the facility that he was in fact quite normal and not a threat to anyone. Against the wishes of his caregivers, Kemper was released from Atascadero State Hospital on December 18th, 1969, his 21st birthday, back into the custody of his alcoholic mother, Clarnell.
Kemper tried to assimilate himself back into society, taking community college courses, getting a job with the California Highway Department and even becoming engaged at one point. However, after purchasing a car with money he received from a legal settlement from a motorist who ran into him while he was riding a motorcycle, Kemper found himself actively trolling the local roads for young, attractive female hitchhikers whom he would pick up and give rides to.
Beginning in May of 1972 and ending in April 1973, Edmund Kemper committed a series of brutal homicides involving six women (all in their teens or early twenties) whom he gave rides to as they were hitchhiking. He then turned his rage against his mother Clarnell and her best friend, Sally Hallett, murdering both of them, for a total of eight killings.
After a 1,000 mile cross county, caffeine-fueled drive from Aptos, California to Pueblo, Colorado, Edmund Kemper called the authorities and admitted to the horrible deeds he had committed back in California. Asked why he turned himself in, Kemper stated, "The original purpose was gone ... It wasn't serving any physical or real or emotional purpose. It was just a pure waste of time ... Emotionally, I couldn't handle it much longer. Toward the end there, I started feeling the folly of the whole damn thing, and at the point of near exhaustion, near collapse, I just said to hell with it and called it all off."
Many people believe that once Kemper murdered his mother, his need to be rid of her tormenting presence in his life was satisfied and he quickly realized there was no reason to continue his murderous ways.
Join producer Christine Falco and I as we discuss her fascinating documentary project, edmundkemperstories.com - only on Chronicles of Evil!
------------------------------------------------------- 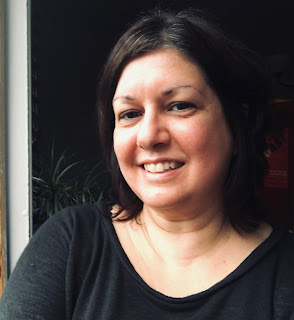 Christine Falco - Biography
Fascinated by the dark side of human nature since her teenage years, Christine Falco is the creator and main runner of the Edmund Kemper Stories (EKS) blog. Active since 2019, the EKS blog tells stories of the American serial killer’s early life, his crimes, his trial and life in prison, in a documentary format using newspaper archives, magazines, books, films, TV programs, interviews, legal documents and photographs.
Christine has also contributed texts for two books: Dary Matera’s Ed Kemper - Conversations with a Killer (2021, Sterling Publishing) and Emerson Murray’s Murder Capital of the World (2021).
Based in Montreal, Christine produces feature films and documentaries through her company, Camera Oscura Films. She has produced nearly 30 films to date, which have received numerous selections and awards in Canada and around the world, including Berlin, Rotterdam and Toronto.
For more information, go to:
Edmund Kemper Stories blog:
http://edmundkemperstories.com
Christine's company’s website (in French only):
http://cameraoscurafilms.com
Copyright 2021-2022 Scott Stick Productions All Rights Reserved
https://linktr.ee/scottstickproductions

Popular posts from this blog

February 10, 2022
A deadly history of an (almost) forgotten serial killer.   James Waybern "Red" Hall was a serial killer from Faulkner County, Arkansas who confessed to murdering at least twenty-four people. The majority of his victims were motorists who had the unfortunate luck of giving him a ride as he was thumbing his way around the country. As World War II was winding down, James Hall was only getting started, using his friendly manner and deceptive smile to lure his victims to their deaths. Author Janie Nesbitt Jones has written an intriguing account of this little-known serial murderer, creating the definitive work on James Waybern "Red" Hall. Join us for the fascinating interview with Janie Nesbitt Jones, as we uncover the truth about James "Red" Hall, The Arkansas Hitchhike Killer - only on Chronicles of Evil! Copyright 2021   Scott Stick Productions   All Ri ghts Reserved https://linktr.ee/scottstickproductions
Read more

March 04, 2022
"Demon Dog of American Crime Fiction" Born March 4th, 1948 “Good evening peepers, prowlers, pederasts, panty-sniffers, punks and pimps. I'm James Ellroy, the demon dog with the hog-log, the foul owl with the death growl, the white knight of the far right, and the slick trick with the donkey dick. I'm the author of 16 books, masterpieces all; they precede all my future masterpieces. These books will leave you reamed, steamed and drycleaned, tie-dyed, swept to the side, true-blued, tattooed and bah fongooed. These are books for the whole fuckin' family, if the name of your family is Manson.” Books by James Ellroy 1981 Brown's Requiem 1982 Clandestine 1984 Blood on the Moon Suicide Hill 1986 Killer on the Roof Silent Terror 1987 The Black Dahlia 1988 The Big Nowhere 1990 L.A. Confidential 1992 White Jazz 1995 American Tabloid 2001 The Cold Six Thousand 2009 Blood's A Rover 2014 Perfidia 2019 This Storm 2021  Widespread Panic J ames Ellroy photo courtesy of Co
Read more